Monetary policy decisions are due in Australia and the eurozone this week, while we’ll also have GDP updates for Australia, the eurozone, Germany and Japan, plus reports on the UK housing market from the Halifax and RICS. A quiet week for earnings includes EnQuest, GameStop, Melrose, The Restaurant Group and Genus.

While the US celebrates Labor Day, we have services PMI data for Japan, China, France, Germany, the eurozone and the UK. Early on Monday in Australia the company gross operating profits report for Q2 was released, while later this morning we’ll get an update on eurozone retail sales for July.

Trade indices with Intertrader for a broad market view. 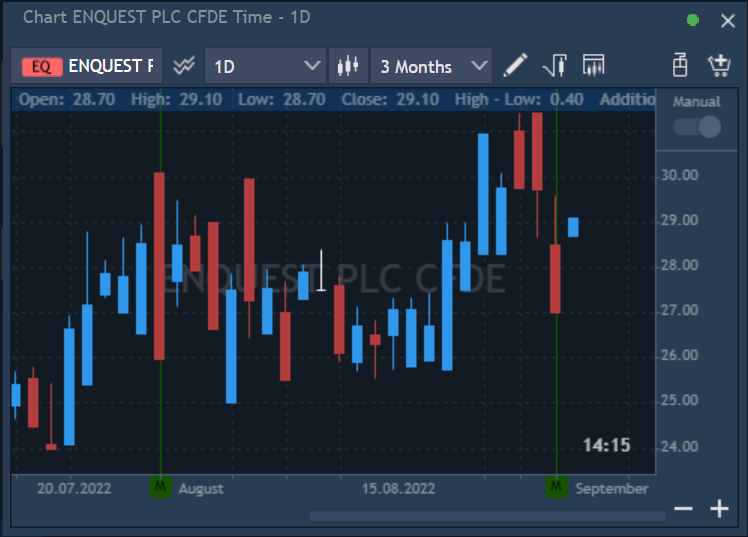 A minute after midnight (UK time) the BRC issues its retail sales monitor for August, while we’ll also get Japanese household spending, the Australian current account for Q2 and the RBA’s decision on Australian interest rates. Look out for German factory orders, German and UK construction PMI and, in the US, the latest services PMI and ISM non-manufacturing PMI. Half-year results are expected from petroleum exploration and production company EnQuest, hoping to benefit from new North Sea drilling licences from the incoming UK prime minister.

Along with the latest Chinese trade balance, UK Halifax house price index and German industrial production, on Tuesday we’ll see Q2 GDP data for Australia and the eurozone, plus the first estimate of Q3 GDP for Germany. In the US the July trade balance is released, plus the Fed’s beige book on economic conditions, while video-game retailer GameStop reports quarterly earnings to the market, after last week launching its own NFT collection on its in-house NFT marketplace.

On Thursday we’re due half-year figures from UK manufacturing company Melrose and hospitality brand owner The Restaurant Group, plus a full-year report from farming biotech firm Genus. Keep an eye out for the UK house price balance from RICS, the Japanese current account and Q2 GDP, Australian and French trade balance updates and French nonfarm payrolls for Q2. The ECB will announce its decision on eurozone interest rates at 1.15pm (UK time). As eurozone inflation hit a record 9.1% in August, expectations are growing for a major rate hike.

Go long or short of a wide range of UK, US and German equities.

Early on Friday morning China releases its CPI and PPI data for August. In July CPI rose 0.5% month-on-month, 2.7% year-on-year, the annual inflation rate up from 2.5% in June. We’ll also see the latest French industrial production figures and US wholesale inventories.