While Thursday’s Bank of England monetary policy decision has been postponed following the death of Queen Elizabeth II, there is still plenty of macroeconomic data this week, with German, US, UK, French and eurozone inflation figures, and US and UK retail sales. Earnings are scheduled from Oracle, Ocado, Petra, Tullow Oil, Dunelm, Adobe, Renishaw and Keir.

In the UK today’s highlights are the July industrial and manufacturing production figures, along with the July trade balance. Meanwhile in the US, enterprise software firm Oracle, on the verge of displacing Google Cloud as the world’s fastest-growing cloud vendor, will report quarterly earnings to the market.

Buy or sell a wide range of equities with Intertrader.

Take your own view on energies, metals and other commodities.

All eyes on UK inflation on Wednesday, as the August CPI data is released at 7am. In July annual price inflation hit another 40-year high at 10.1%. We’ll also have Japanese and eurozone industrial production figures to digest, plus the US PPI for August. Half-year figures come from oil and gas exploration company Tullow Oil along with preliminary results from homeware retailer Dunelm. 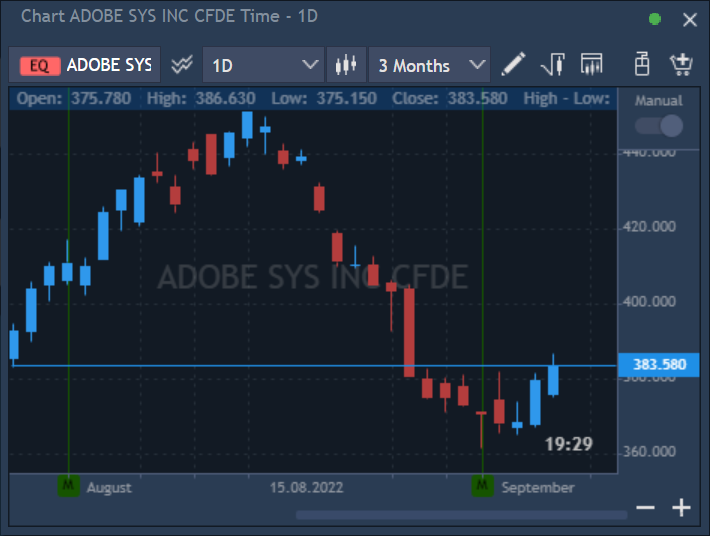 At 3am (UK time) on Friday the Chinese industrial production fixed asset investment figures for August are scheduled to be released. The impact of the cost-of-living crisis will be measured via UK retail sales for August and the latest eurozone CPI, while the week draws to a close in the US with the University of Michigan consumer sentiment index. The spread (or bid-ask spread) is the difference between an instrument’s buy and sell prices. It is effectively what we... read more The rise in the cost of living and its impact on UK consumers will be in the news this week... read more