The Bank of England’s interest rate decision follows hot on the heels of the US Fed’s monetary policy meeting this week, both central banks grappling with the dilemma of rising inflation. Notable macroeconomic data includes UK GDP and labour market statistics, German, French and eurozone CPI, and US retail sales. Earnings are expected from Oracle, Ashtead, Jabil, Adobe, Halfords and Tesco.

In the UK on Monday, we’ll see GDP data, manufacturing and industrial production figures for April, plus the latest trade balance. Meanwhile US enterprise software company Oracle reports to the market: the S&P 100 constituent last week announced that it has completed a deal to acquire electronic health records firm Cerner. 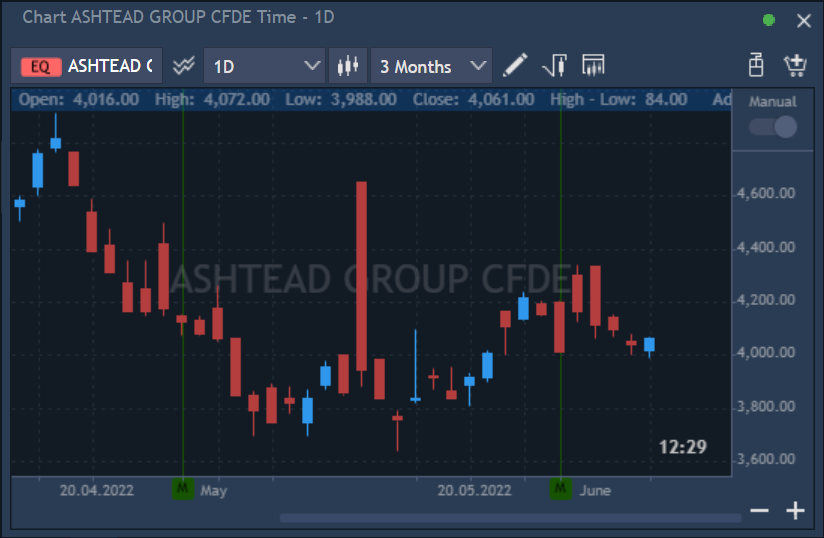 Early on Tuesday the latest Australian house price index and Japanese industrial production figures are released. Later in the morning look out for UK average earnings and claimant count, German CPI data, eurozone industrial production, and German and eurozone ZEW economic sentiment. OPEC reveals its monthly oil production report, and in the afternoon US PPI figures are announced. In the UK, figures are due from industrial equipment rental group Ashtead and residential property developers Bellway and Crest Nicholson.

Trade oil, metals and other popular commodities with Intertrader.

Wednesday’s highlight is the Fed’s latest decision on US interest rates, accompanied by economic projections. In May the FOMC lifted the target rate by 50bps, the biggest increase in more than 20 years. We can also digest Australian Westpac consumer sentiment, Chinese industrial production, French CPI, eurozone industrial production and trade balance, and US retail sales, import and export price indices, and business and retail inventories. Earnings are scheduled from US manufacturing services company Jabil.

Go long or short of indices to take a broad market view.

US software firm Adobe posts results on Thursday, along with safety equipment group Halma and UK cycling retailer Halfords. Macroeconomic data includes Australian employment change, eurozone wages, US building permits and housing starts and the Philadelphia Fed manufacturing survey. In the UK at midday, the Bank of England’s monetary policy committee will announce its decision on interest rates. Many analysts expect another hike in the base rate, while governor Andrew Bailey last month claimed that soaring UK inflation is not due to the Bank losing control of demand.

UK retail giant Tesco issues a first-quarter trading statement on Friday, with analysts watching closely for signs of how the supermarket plans to navigate the cost-of-living crisis. Keep an eye out too for eurozone CPI data, US industrial production and the Bank of Japan’s monetary policy decision.

Buy or sell a wide range of UK, US and European equities.