The impact of the cost-of-living crisis remains in the news this week with retail sales data for Japan, Australia and Germany, consumer confidence measures for Germany and the US, and inflation figures for France, Germany, Tokyo and the eurozone. We’ve also got US and UK GDP updates, while a light earnings schedule includes Nike, Jefferies, Paychex, Bed Bath & Beyond, Micron, Constellation Brands and Walgreens Boots Alliance.

In the US on Monday afternoon we’ll get the latest durable goods orders and pending home sales. Quarterly financial results are scheduled from Nike, after the sportswear giant last week announced that it is ceasing all operations in Russia. Investment bank Jefferies also reports to the market.

Trade a range of popular commodities with Intertrader.

The GfK consumer sentiment survey for Germany is released at 7am (UK time) on Tuesday. Last time out the survey showed a slightly improving climate, though still near record lows. In the US look out for the goods trade balance and retail and wholesales inventories, plus the S&P/Case-Shiller national home price index. The Conference Board also announces its US consumer confidence reading for June at 3pm.

US payroll services firm Paychex posts quarterly earnings on Wednesday, along with domestic retail store chain Bed Bath & Beyond, struggling so far in 2022 with declining sales and supply chain bottlenecks. In Japan and Australia retail sales data will be released, while in the US we’ll see the final Q1 GDP and the weekly crude oil inventories report. 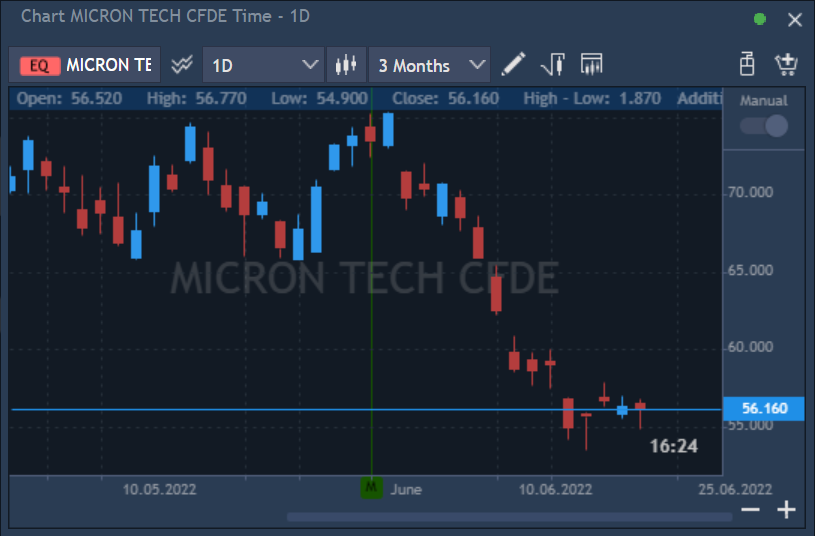 Buy or sell UK, US and European equities.

In Japan the Tokyo CPI for June is released on Friday, along with the multifaceted tankan survey of business confidence for Q2. The new month begins with manufacturing PMI data for Japan, China, France, Germany, the eurozone, the UK and the US, plus the ISM’s US manufacturing PMI. French and German central bank chiefs warned last week that eurozone inflation is likely to remain at high levels well into next year, so the June eurozone CPI data, due at 10am (UK time), will be watched closely. We’ll gain new insights into the UK housing market this week, with house price updates from Halifax on Wednesday and... read more